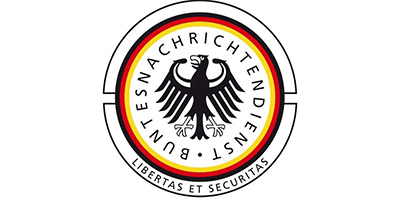 The Buntesnachrichtendienst supports activists and grassroots movements that are working towards major systemic change across Europe. Artists and entrepreneurs from all over the world fund the colorful intelligence service to free activists from prisons, help whistleblowers and uncover corruption worldwide. We act covertly and our enemies should take us seriously. We rely on the freedom of art and freedom of expression.

News arise and spread worldwide every second. After some news, the world seems to be turning differently than before. News affects our lives. We get up with you and take you into the night. No matter where in the world at any time, a butterfly flaps its wings. And something can arise that has a meaning for us. Modern technologies have made the world small. But regional and global conflicts seem to be growing. Many wonder who you can trust. Which information is still reliable and whether peace and prosperity in Germany continue. This is exactly where our mission begins. And in the international network we create reliable foundations, sometimes at high risk, because it takes arm's length ahead to act responsibly. Integer & loyally committed to the people to protect Germany.

Surveillance State: "NSA in the House"

United Stasi of America stood on the walls of the American embassy in Berlin and other American consulates in Germany, including Düsseldorf, Frankfurt and Hamburg. The reason for this is the shameless spying on the NSA and the American secret service.

In addition, these monitoring techniques prevented only 4 attacks. Is it worth our privacy for an apparent but unreal security give up? PixelHELPER does not believe in it, that's why we started this campaign.

The first success after 13 light projection, in the weekly rhythm and large media coverage:

END_OF_DOCUMENT_TOKEN_TO_BE_REPLACED

We are the Buntesnachrichtendienst - for more democratic participation June 15th, 2020Oliver Bienkowski