Go out and prove yourself

By advocating human dignity and cultivating fraternity and exercising benevolence, Freemasons seek to realize the ideals of humanity. Freemasons are not Illuminati, don't believe any conspiracy theories on the internet about a New World Order, Freemasons have nothing to do with that either. Women's boxes have also officially existed since 1935. How great was the desire among women as early as the 18th century to do the same as men is shown by a whole series of plays from this period that deal with this topic; Last but not least, the Magic Flute by the Mason Mozart. Freemasons are tolerant and stand up for democracy and human rights.

With a Foundation model we guarantee our important work for Menschenrechte & more Humanität also about the next generations away. When the PixelHELPER Foundation non-profit GmbH the fortune falls to the "Freemasonry Relief Society”(FHW). He is the one charitable institution of the freemason in Germany. The masonic Members of PixelHELPER want again how to Zeiten of the French revolution, yourself actively fight against injustice wherever it shows. since Centuries engage oneself freemason for the good on the World and try through your Act other Idol to be. The freemason operated until 1980 an own Hospital in Hamburg and still operate today Old people's home by hanseatic city.

PixelHELPER, is an international non-profit organization for minorities & human rights inspired by the ideals of the Freemasons. Undeterred by the noise of the world, we go our way, calm and secure, fearless in dangers, high goals in mind to protect the earth. Fundamental belief is that the principles of the French Revolution "Liberty, equality, fraternity" needed to fight the repetition of political apathy. True to the motto: "Know yourself!" the members try to put together a chain of humanity across the globe. 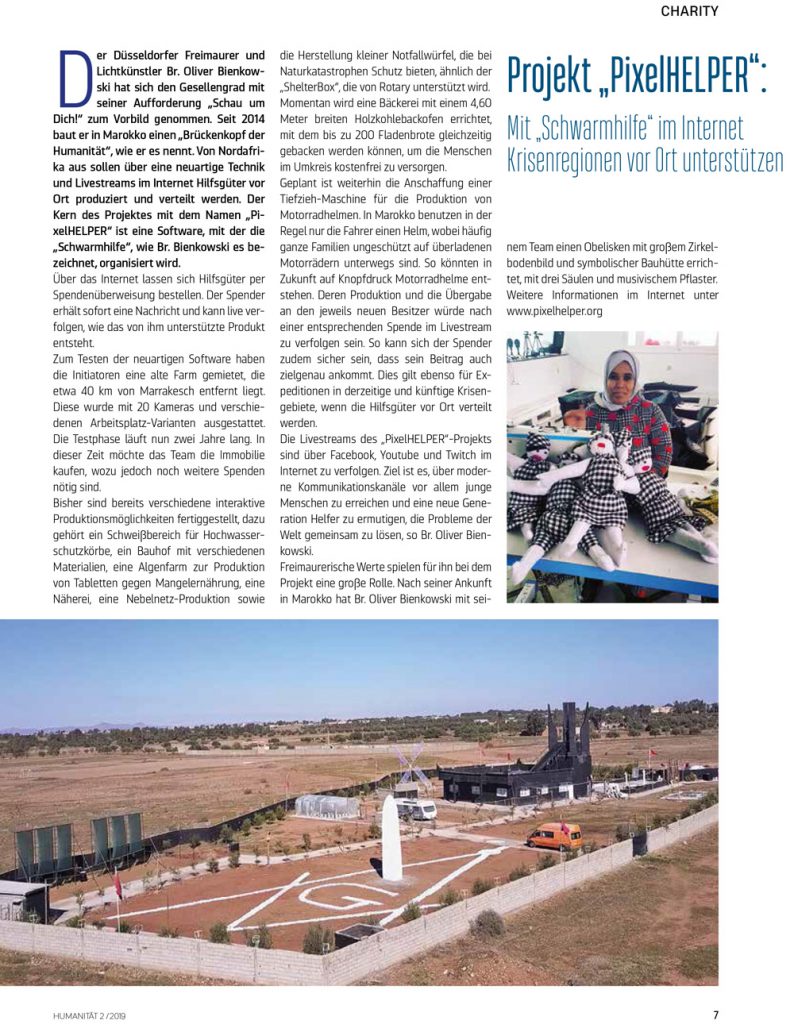 PixelHELPER was founded in 2011 by the light artist & Freemason Oliver Bienkowski with over 70 colleagues, including 6 other Freemasons. Freemasonry is a friendship alliance, an ethically oriented alliance, an initiation community and symbolic work alliance that arose from the tradition of the European Enlightenment. With its value positions humanity, brotherhood, freedom, justice, love of peace and tolerance, it provides orientation and standards for the thoughts and actions of its members. 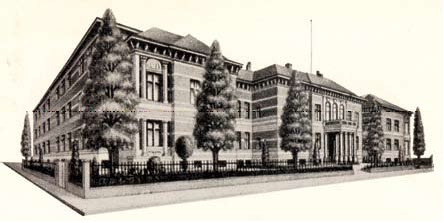 The Freemason Hospital opened its doors on October 3, 1795 at Dammtorwall as the first institute to accept sick people, something that was completely lacking in Hamburg until then. It was initially set up as a hospital for female servants and was expanded a few years later to accommodate male servants. The planning was carried out by Friedrich Ludwig Schröder with the help of the brothers von Axen Absalom for the three nettles, Dr. Bedtmann, Dr. Pour Ferdinande Caroline to the three stars and Cords St. Georg to the green spruce.

At that time, the United 4 Hamburg lodges (Absalom to the 3 nettles, St. Georg to the green spruce, Emanuel to the Maienblume and Ferdinande Caroline to the three stars) existed, to which only after agreement about the payment of the portion of the assets attributable to them In 1799 the lodge 'Ferdinand zum Felsen' joined. The final, economic association of the 'United 5 Hamburg Lodges' has been in existence since this year. The management of their collective assets was in the hands of the 'Treasury and Alms Comité der Ver. 5 boxes'. This committee, under its chairman, Brey (Ferdinande Caroline to the three stars), decided to rebuild the hospital in 1883 and provided the means for this so that the new house on Kleinen Schäferkamp with 06.10.1885 beds can already be used on October 80, XNUMX could.

"I wish the ideals represented by Masons would be more widespread in society. Today we need more tolerance and a humane attitude to make society more human. "

Freemasonry is not arbitrary, not expendable, but something necessary, founded in the nature of human beings and in bourgeois society.
The purpose of the Masonic Association is to educate its members in true humanity. The means for this are the practice of the symbolic customs taken over from the medieval construction huts, the mutual instruction on the important affairs of humanity, the cultivation of the ideal and the stimulation of true friendship and brotherly love. Everyone should spread these principles outside of the lodge, promote the enlightenment to the best of their ability and counter intolerance. In the lodge, the members are encouraged to self-education by experiencing symbols and rituals together.

Masons in the GDR

ORF: Documentation about the Masons 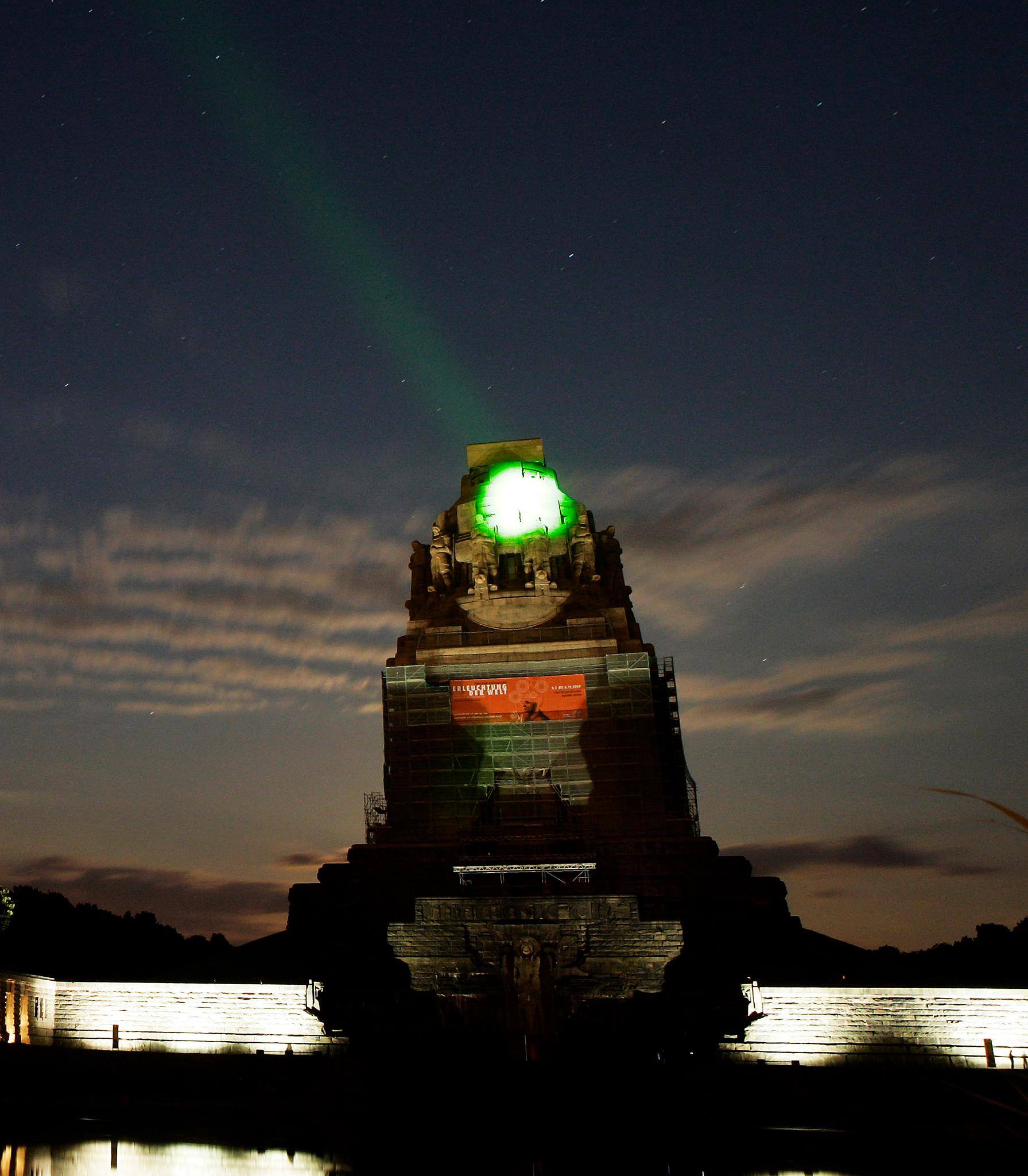 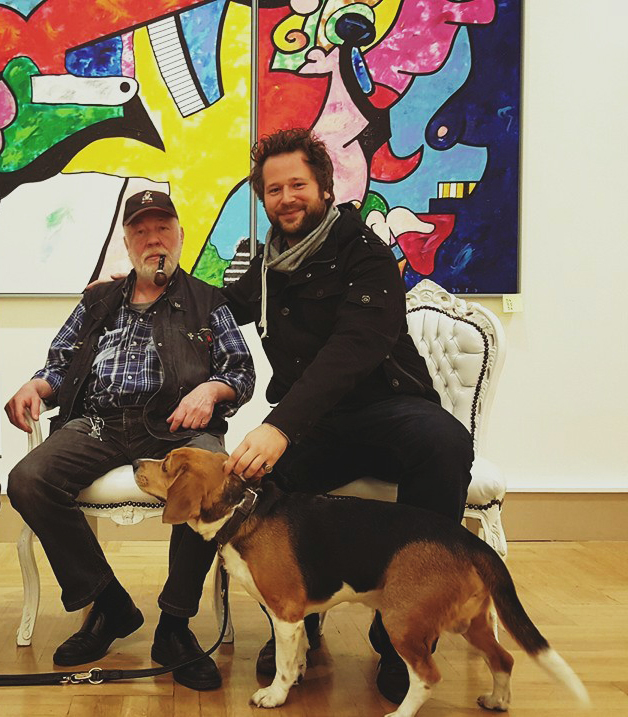 Visit to the Masonic Museum 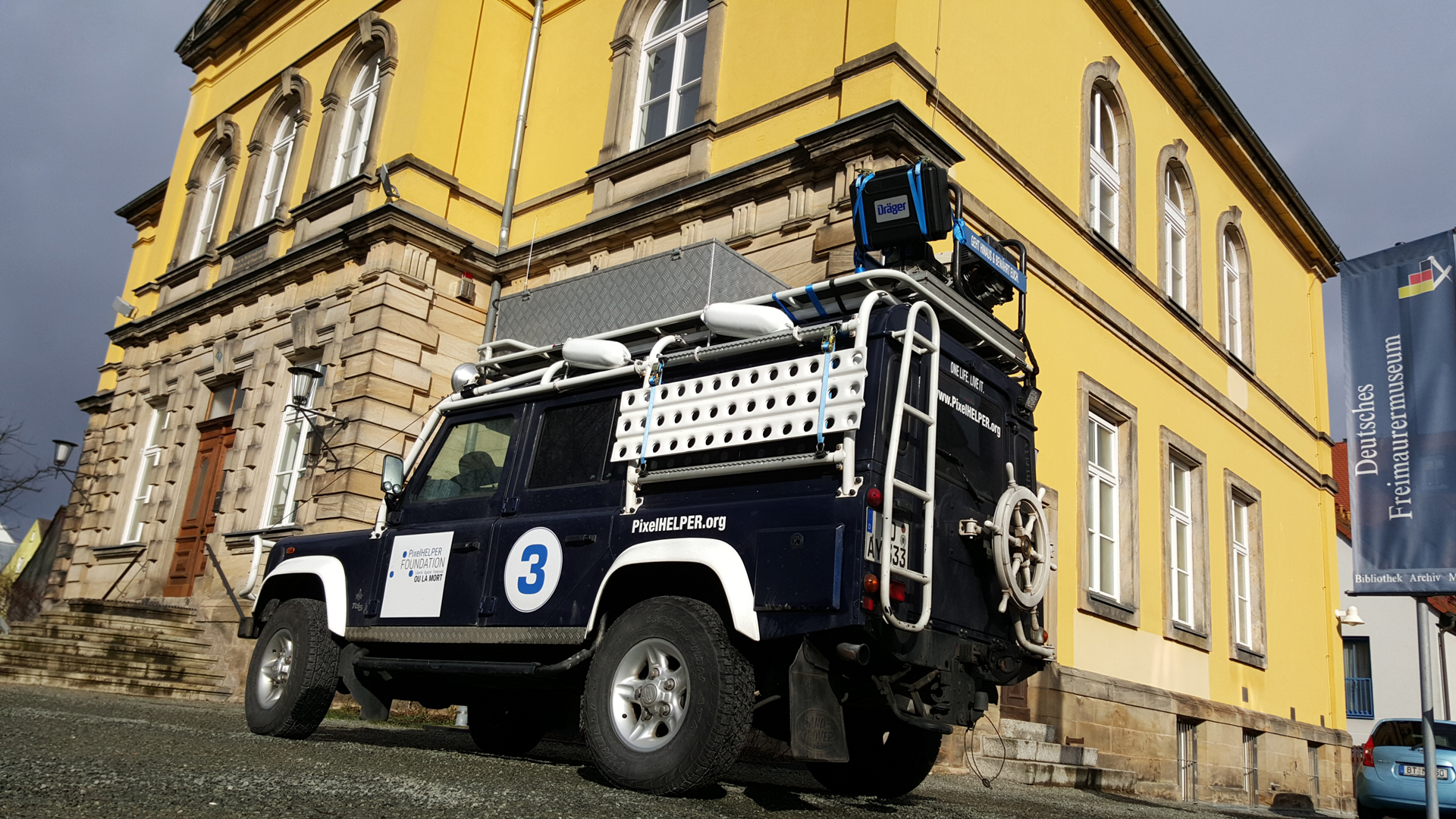 PixelHELPER Foundation | Visit to the Masonic Museum in Bayreuth

The essence of the Masonic Confederation

The essence of the Masonic Confederation is the unity of guiding idea, supporting fraternal communion, and deepening symbolic experience. As members of an ethical covenant, the Freemasons advocate humanity, brotherhood, tolerance, love of peace and social justice. As a community of brotherly connected people, the lodge is the training ground for these values. Freemasonry serves as a symbolic union of the internalization of idea and community. This is their peculiarity over all other associations with related goals.

As always the old and always new question: What is Freemasonry? It is important to understand the Masonic Confederacy as a unity of idea, community and symbolic expression. This multifaceted nature of the covenant allows human inclinations different access possibilities. Thus, one may be attracted by living spiritual controversy, while others may see the essential in the human community of the lodge, and the third, finally, in symbol and customs, will experience the center of the covenant. Satisfied Freemasonry is realized only in the interaction of all its elements.

"I wish the ideals represented by Masons would be more widespread in society. Today we need more tolerance and a humane attitude to make society more human. "

Freemasons know that the values ​​to which they confess have always been brought back to life, made more precise in the face of existing dangers, and must be realized in ever new efforts. The Masonic Confederation refrains from formulating political programs and does not participate in party-political conflicts. Instead, lodges should be places where responsible personal action is prepared through information and joint reflection. The Freemasons continue to carry out their vitally important enlightenment task by overcoming prejudices, by developing sensitivity to time problems and by striving for a common search for truth.

Masons are aware that meaningful lives of individuals and social groups require two things: to know about the world in which one lives and to have values ​​that guide action. The lodges should provide orientation through information and joint reflection. Reflecting reality in the light of humanity, fraternity, tolerance, love of peace and social justice can at the same time convey decision-making criteria.

It is true that Masons do not know how a human world should look in detail because they refrain from formulating socio-political utopias. However, the concepts of humanity and tolerance give them the ability to detect threats and act responsibly. 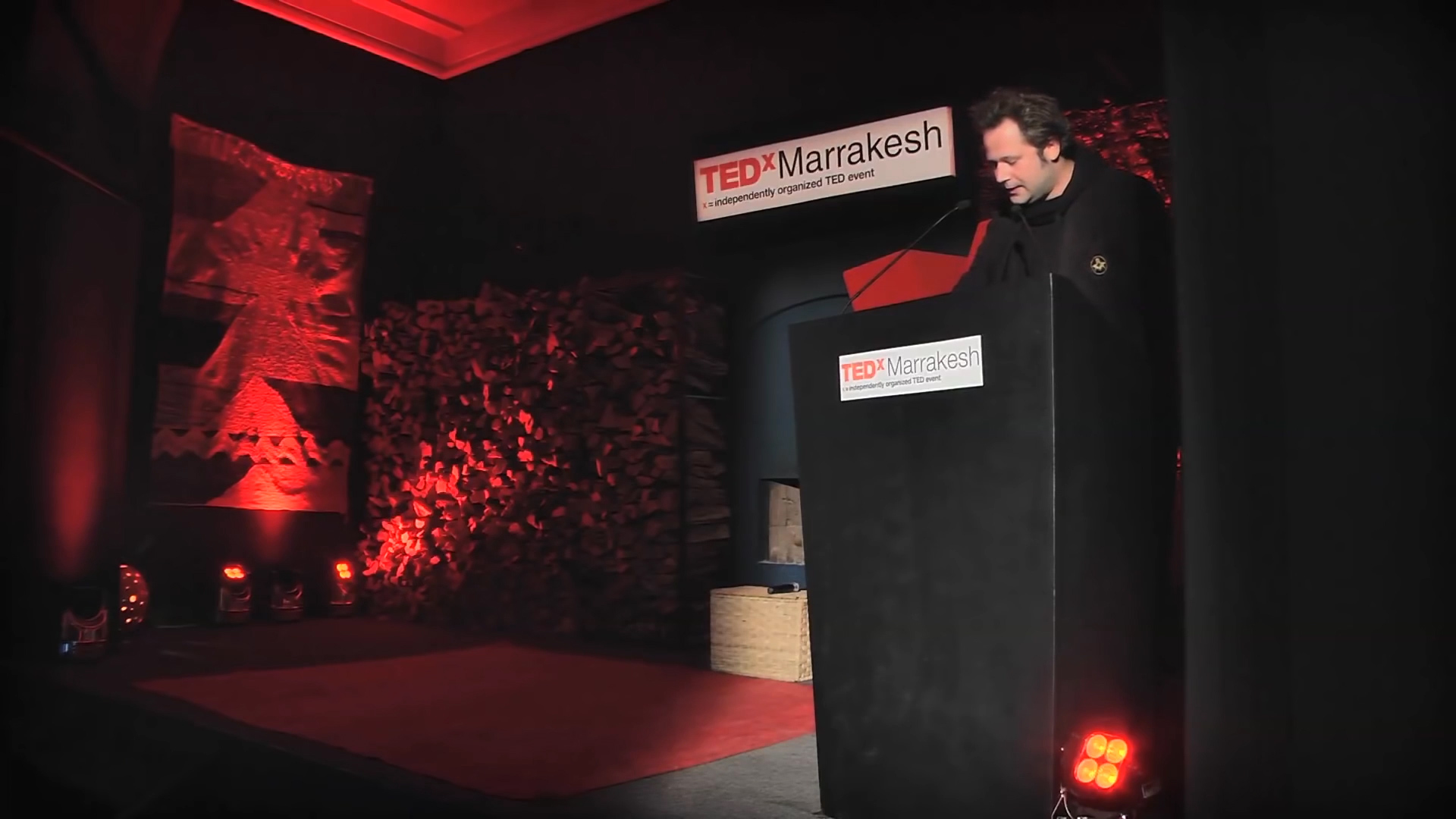 Masons bring together the people who want to preserve our world. January 8th, 2021Oliver Bienkowski